Chaotic Dynamics in Biological Information Processing: Revisiting and Revealing its Logic (a mini-review).

The role of chaos in biological information processing has been established as an  important breakthrough of nonlinear dynamics, after the early pioneering work of J.S. Nicolis and notably in neuroscience by the work of Walter J. Freeman and co-workers spanning more than three decades.  In this work we revisit the subject and we further focus on novel results that reveal its underlying logical  structure when  faced with the cognition of ambiguous stimuli. We demonstrate, by utilizing a minimal model for apprehension and judgement related to Bayesian updating,  that the fundamental characteristics of a biological processor obey in this case an extended, non-Boolean, logic which is characterized as  a quantum logic. And we realize that in its essence the role of chaos in biological information processing accounts for, and is fully compatible with, the logic of “quantum cognition” in psychology and neuroscience.

Understanding the molecular and cellular processes that cause dementia is one of the most important challenges in neuroscience. SUMOylation is a post-translational protein modification that has been strongly implicated in neurodegenerative diseases. To investigate SUMOylation in dementia we profiled the expression of key SUMOylation pathway proteins in post mortem brain tissue from Alzheimer’s Disease (AD) and Down’s Syndrome (DS) patients. As expected, both AD and DS tissue displayed massively increased levels of phosphorylated tau compared to age- and sex-matched controls. Surprisingly, there were no changes in the levels of the E1 and E2 enzymes required for protein SUMOylation, or in levels of the deSUMOylating enzyme SENP1.  There was, however, a marked decrease in the SUMO-2/3-specific deSUMOylating enzyme SENP3 in DS. There were also increased levels of SUMO-1 conjugated proteins in DS, but not in AD tissue. While these results do not exclude roles for SUMOylation in AD, they demonstrate clear differences in the profile of SUMOylation and in the expression of deSUMOylating enzymes between AD and DS brain.

Ulcerative colitis is a chronic inflammatory disease of the gastrointestinal system, affecting adults and children. Its cause is unknown, and the knowledge of reliable biomarkers is limited, especially for children. That makes the search for new biomarkers and pushing forth the analysis of the available data particularly challenging. We investigate proteomic data from children patients as a promising source, and tackle the problem implementing the recently developed parenclitic network approach to machine learning algorithms that solve classification task for proteomic data from healthy and diseased. We expect our approach to be applicable to other gastrointestinal diseases.

A spatially stable pattern of two coexisting coherent and incoherent subpopulations in nonlocally coupled dynamical systems is called as chimera states and seen in many paradigmatic limit cycle as well as chaotic models where the coupling interaction is basically diffusive type. In neuronal networks, besides diffusive electrotonic communication via gap junctions, chemical transmission occurs between the pre-synapse and post-synapse of neurons. We consider, in a numerical study, a network of neurons in a ring using the Hindmarsh-Rose (HR) bursting model for each node of the network and, apply attractive gap junctions for local coupling between the nearest neighbors and inhibitory nonlocal coupling via chemical synaptic transmission between the distant neighbors. For a range of gap junctional and chemical synaptic coupling strengths, a subpopulation of the neuronal network, in the ring, bursts asynchronously and another subpopulation remains silent in a synchronous state. The bursting subpopulation of neurons fires sequentially along the ring when the number of firing nodes remains same but change their positions periodically in time. It appears as a traveling chimera pattern in the ring when the dynamics of the individual bursting nodes is chaotic. The chimera pattern travels in a reverse direction for a larger chemical synaptic coupling strength. A purely inhibitory chemical synaptic coupling can produce a similar traveling chimera pattern, however, the dynamics of the firing nodes is then periodic. 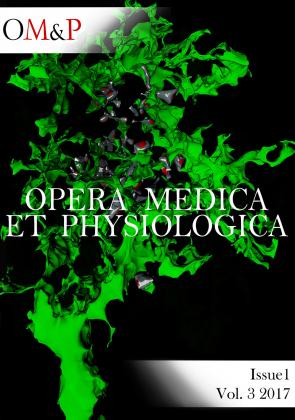