MMP-9 in Control of Synaptic Plasticity: a Subjective Account

Matrix metalloproteinase 9, MMP-9 is an extracellularly operating enzyme that has been demonstrated as an important regulatory molecule in control of synaptic plasticity, learning and memory. Either genetic or pharmacological inhibition of MMP-9 impairs late phase of long-term potentiation at various pathways, as well as appetitive and spatial memory formation, although aversive learning remains apparently intact in MMP-9 KO mice. MMP-9 is locally translated and released from the excitatory synapses in response to neuronal activity. Extrasynaptic MMP-9 is required for growth and maturation of the dendritic spines to accumulate and immobilize AMPA receptors, making the excitatory synapses more efficacious. Animal studies have implicated MMP-9 in such neuropsychiatric conditions, as e.g., epileptogenesis, autism spectrum disorders, development of addiction, and depression. In humans, MMP-9 appears to contribute to epilepsy, alcohol addiction, Fragile X Syndrome, schizophrenia and bipolar disorder. In aggregate, all those conditions may be considered as relying on alterations of dendritic spines/excitatory synapses and thus understanding the role played by MMP-9 in the synaptic plasticity may allow to elucidate the underpinnings of major neuropsychiatric disorders.

We propose a new approach for the quantitative characterization of cognitive human brain activity during visual perception. According to the theoretical background we analyze human electro-encephalograms (EEG) obtained while the subjects observe ambiguous images. We found that the decision-making process is characterized by specific oscillatory patterns in the multi-channel EEG data.

This review focuses on general optogenetics issues (in particular the choice of the necessary light exposure settings), as well as certain promising areas of research with optogenetics.

From Pathology to Physiology of Calcineurin Signalling in Astrocytes

Astrocytes perform fundamental housekeeping functions in the central nervous system and through bidirectional communication with neurons are thought to coordinate synaptic transmission and plasticity. They are also renowned actors in brain pathology. Reactive gliosis and neuroinflammation are featured by many (if not all) acute and chronic neurodegenerative pathologies including Alzheimer’s disease (AD). The Ca2+/calmodulin-activated phosphatase calcineurin (CaN) plays a central role in the pathology-related changes of astroglial cells mainly through activation of the inflammation-related transcription factors Nuclear Factor of Activated T-cells (NFAT) and Nuclear Factor kB (NF-kB). In this contribution we focus on the mechanistic aspects of CaN signalling in astrocytes. We analyze the astroglial Ca2+ signalling toolkit in the context of Ca2+ signals necessary for CaN activation and focus on the astroglial CaN signalling through its direct target, NFAT, as well as the intricate relationships between CaN and NF-kB activation pathways.The majority of data about CaN-mediated signalling in astrocytes point to the role for CaN in pathology-related conditions while very little is currently known about signalling and function of astroglial CaN in physiology.

Maintenance of genome stability in the face of DNA damage is essential for cellular homeostasis and prevention of cancer and brain degeneration. The DNA damage response (DDR) is a complex response that is rapidly activated when a DNA lesion occurs in chromosomal DNA. Mutations affecting the proteins involved in the DDR can lead to genomic instability syndromes that involve tissue degeneration, cancer predisposition, premature aging, and brain mal-development and degeneration. Mutation of the kinase ATM leads to a prototype genomic instability syndrome, ataxia-telangiectasia (A-T). A-T is characterized by progressive cerebellar degeneration, immunodeficiency, genome instability, premature aging, gonadal dysgenesis, extreme radiosensitivity, and high incidence of lymphoreticular malignancies. One of the most devastating symptoms of A-T — cerebellar ataxia — develops progressively into general motor dysfunction. Based on our previous studies we hypothesized that the neurological deficits in genomic instability disorders stem (at least in part) from significant reduction in functionality of glial cells. We further hypothesized that impaired vascularization affects the environment in which the neurons and glial cells function, thereby reducing neuronal cell functionality. We found that ATM deficiency led to aberrant astrocytic morphology and alterations of vasculature both in cerebellum and the visual system. Moreover, we found reduced myelin basic protein immunoreactivity and signs of inflammation in ATM-deficient cerebella and optic nerve.  Interestingly, similar findings have been reported in patients with other genomic instability disorders. These observations bolster the notion that astrocyte-specific pathologies and hampered vascularization and astrocyte-neuron interactions in the CNS play crucial roles in the etiology of genome instability brain disorders and underlie brain degeneration at specific sites.

The name astroglia unifies many non-excitable neural cells that act as primary homeostatic cells in the nervous system. Neuronal activity triggers multiple homeostatic responses of astroglia that include increase in metabolic activity and synthesis of neuronal preferred energy substrate lactate, clearance of neurotransmitters and buffering of extracellular K+ ions to name but a few. Many (if not all) of astroglial homeostatic responses are controlled by dynamic changes in the cytoplasmic concentration of two cations, Ca2+ and Na+. Intracellular concentration of these ions is tightly controlled by several transporters and can be rapidly affected by activation of respective fluxes through ionic channels or ion exchangers. Here we provide a comprehensive review of astroglial Ca2+ and Na+ signalling.

Thyroid hormones (THs) are essential for the development and function of the central nervous system (CNS), not only for neuronal cells but also for glial development and differentiation. In adult CNS, both hypo- and hyper-thyroidism may affect psychological condition and potentially increase the risk of cognitive impairment and neurodegeneration including Alzheimer’s disease (AD). We have reported non-genomic effects of tri-iodothyronine (T3) on microglial functions and its signaling in vitro (MORI et al., 2015). Here we report the effects of hyperthyroidism on glial cells in vivo using young and old male and female mice. Immunohistochemical analyses showed glial activation are sex- and age-dependent. We also injected fluorescent-labeled amyloid β peptide (Aβ1-42) intracranially to L-thyroxine (T4)–injected hyperthyroid model mice and observed sex-dependent microglial phagocytosis in vivo as well. These results may partly explain the gender- and age-dependent differences in neurological and psychological symptoms of thyroid dysfunction. 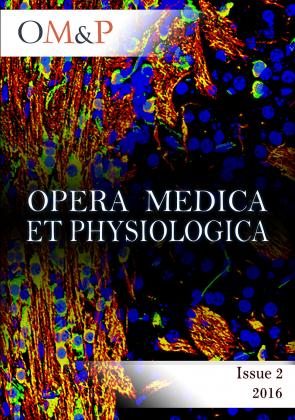