Dynamics of Ion Fluxes between Neurons, Astrocytes and the Extracellular Space during Neurotransmission

Ionic homeostasis in the brain involves redistribution of ionic fluxes in several cell types and compartments, including neurons, astrocytes and the extracellular space. How the major ionic activity-dependent fluxes of potassium and sodium are individually regulated remains difficult to dissociate and to track experimentally. We here review recent progress in modeling the ionic fluxes evoked by neuronal activity based on mass conservation. Excitability of neurons indeed relies on inward sodium and outward potassium fluxes during action potential firing. Recently, we have developed a tri-compartment model based on mass-action kinetics equations that account for potassium dynamics between neurons, astrocytes and the extracellular space. This review describes how such type of model can be used to spatially and temporally predict potassium fluxes during various regimes of neuronal activity. In particular, the model initially showed that it takes several seconds for astrocytes to buffer the majority of the potassium rapidly released by neurons in both basal and high regime of activity. Such model can also probe the selective contribution of ionic channels, and revealed for instance that disruption of the main astroglial potassium Kir4.1 channels not only favors the emergence of epileptiform activity, but also dysregulates neuronal excitability specifically during slow rhythmic activities. We here also extend the predictions of the model by assessing the selective contribution of the astroglial and neuronal Na/K ATPase, or volume of the extracellular space on potassium dynamics. We discuss these findings and their implications for neuronal information processing in the healthy and diseased brain.

Effects of Endocannabinoid-Related Compounds on the Activity of Septal and Hippocampal Neurons in a Model of Kainic Neurotoxicity: Study Ex Vivo

The goal of the work was to study the effect of the cannabinoid receptor agonist WIN55,212-2 and the cannabinoid type 1 receptor antagonist AM251 on electrophysiological changes in the hippocampus and the medial septal region (MS) induced by the intracerebral administration of excitotoxin kainic acid. Kainate injected into the right brain ventricle provoked persistent seizures (status epilepticus, SE) in all rats. A morphological analysis of the right hippocampus performed one month after the SE revealed the death of neurons, which was most pronounced in the hilus of the dentate gyrus and in the CA3a field of the dorsal hippocampus. In brain slices taken one month after the SE, the spontaneous activity of MS neurons and population EPSP (pEPSP) in the CA1 field of the hippocampus evoked by the stimulation of Shaffer collaterals (SC) was recorded; the changes in the activity were compared with the activity in slices of healthy animals injected with normal saline (“control slices”). It was found that the activity in MS slices from the brain of animals injected with kainic acid (“kainate slices”) was almost twice higher than in the control. After the application of WIN55,212-2, the frequency of discharges in the control did not change, whereas in kainate slices, the level of neuronal activity decreased to the control value. The application of AM251 led to an increase in the frequency of discharges in the control and its decrease in kainate slices. The registration of pEPSPs in the hippocampal slices revealed a twofold increase in the responses to SC stimulation in kainate slices compared with those in the control, i.e., an abrupt increase in neuronal excitability. A tendency for a decrease in excitability after the application of WIN55,212-2 and, conversely, for its increase by the action of AM251 was noted in evoked responses in the hippocampal kainate slices. Our results allow to assume the protective impact of cannabinoid agonist WIN55,212-2 on neuronal activity in the medial septum and hippocampus that disturbed by neurotoxic kainate influence. 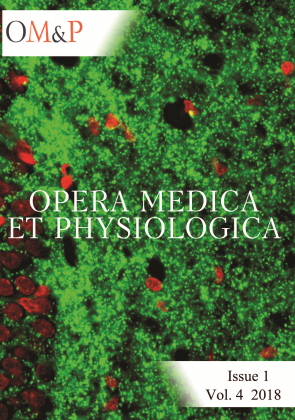