Synchrony in neuronal networks plays a crucial role in the functioning of the brain. Stability of synchrony is most desirable to prevent any emergent desynchrony due to natural events, internal or external disturbances. The brain might have its own mechanism to repair its desynchrony, otherwise, some external procedure might be necessary to restore synchrony. We propose here a mechanism to realize robust synchrony in neuronal networks against parameter drifting. A selective addition of cross-coupling links over and above the conventional diffusive coupling links is found [Saha et al. (2017)] recently that makes dramatic improvements in the stability of synchrony of dynamical networks and that saves synchrony against breakdown due to parameter drifting. We apply the concept to realize globally stable synchrony in neuronal networks and the desired effect of robust synchrony and, present our numerical studies with examples of network motifs and a larger network of neurons and using the Hindmarsh-Rose (HR) [Hindmarsh and Rose (1984)] slow-fast neuron model for each node of the networks.

This review focuses on temperature dependence of biophysical properties of ion channels of other than TRP types. Some functional consequences of the channels temperature sensitivity for neuronal excitation in health and disease are considered.

Neurons of the substantia nigra are most prone to degeneration in Parkinson’s disease. The cause of their vulnerability remains unclear and knowledge of the molecular and microstructural features of the substantia nigra pars compacta will help understanding why nigral neurons are vulnerable to damaging factors.
The present study was aimed to investigate the intranuclear inclusions of the nigral neurons, the Marinesco bodies and the Roncoroni rodlets, which origin and function are uncertain, using ubiquitin-, tyrosine hydroxylase-, nitric oxide synthase-, calbindin-, NeuN-, glutamic acid decarboxylase-, and  α-tubulin-immunohistochemistry and iron histochemistry with DAB enhancement.
Of the tested substances, tyrosine hydroxylase and nitric oxide synthase were revealed for the first time in the Marinesco bodies. Non-heme iron was found for the first time in both the Marinesco bodies and the Roncoroni rodlets. In accordance with previous studies, ubiquitin-immunoreactivity was demonstrated in the Marinesco bodies. Moreover, we describe some smaller round and dot-like ubiquitin-immunoreactive structures in the nucleus of melanized neurons. The found small ubiquitin-immunopositive structures within the nucleus are proposed to be the developmental stages of growing Marinesco bodies, whereas Marinesco bodies themselves seem to label the neurons with impaired function of proteasome.

Recurrent epileptiform activity induces network sodium oscillations in the juvenile hippocampus. In CA1 pyramidal neurons, these oscillations are mainly caused by opening of glutamate-gated ion channels, while in astrocytes, sodium increases are due to sodium-dependent glutamate uptake. Astrocytes express the glutamate transporters GLAST and GLT- 1, which exhibit differential expression patterns during postnatal development. The specific contribution of these transporter subtypes to sodium oscillations is not known. We addressed this question by performing somatic sodium imaging in hippocampal tissue slices from neonatal (postnatal days (P) 2-4) and two-week-old (P14-16) mice. We found that perfusion with Mg2+-free, bicuculline-containing saline caused sodium oscillations in both developmental stages. Moreover, at both P2-4 and P14-16, application of TFB-TBOA to inhibit GLAST and GLT-1 generated fast sodium loading of neurons and termination of oscillatory activity, accompanied by loss of membrane integrity of neurons, while astrocytes experienced only minor increases in baseline sodium. DHK, a GLT-1-specific blocker, induced moderate sodium loading of neurons, reduced the amplitude of neuronal sodium oscillations and increased the oscillation frequency in two-week-old mice. In neonatal animals, DHK increased baseline sodium and reduced the peak amplitude of sodium transients as well, but exerted only moderate effects on network activity. Taken together, our experiments demonstrate the essential role of glutamate uptake for sodium homeostasis and neural function already in the early neonatal brain. Moreover, they suggest that, although GLAST dominates in neonatal tissue and GLT-1 is predominant at P14-16, both transporter subtypes functionally contribute to glutamate clearance during the first three weeks after birth. 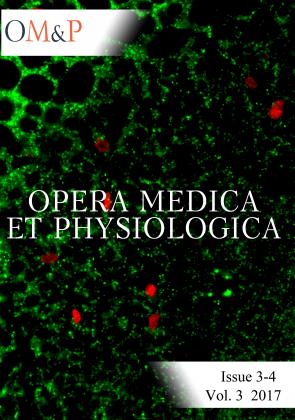