The Assembly of a Photoluminescent Nanocomplex Based on Upconversion Nanoparticles

Over the past two decades, developments in the field of nanobiomedicine have come a long way despite the unresolved hindrances. The creation and development of effective theranostic agents based on nanomaterials are urgent needs of modern medicine. Upconversion nanoparticles (UCNP) appear to be the most promising agents for developing theranostics due to their unique optical properties. There has been extensive research on new approaches to obtain stable colloids capable of prolonged circulation in the bloodstream, particularly with bovine serum albumin (BSA). The present work contributes to solving the problem of obtaining stable agents based on UCNP by coating water-soluble UCNPNOBF4 with a stable protein corona layer of BSA. The assembled nanocomplex is promising for usage as a diagnostic agent and is set for further investigation.

DNA Methylation in Aging: Beyond the Linear Processes

Methylation of DNA cytosine bases is a key epigenetic modification that plays an important role in the regulation of gene expression and the formation of the epigenome. Numerous studies of the human genome show that there is a close relationship between DNA methylation, age and sex of a person. Until now, the popular model has been the linear change in the methylation level with age. Here we find a fundamentally different DNA methylation behavior, namely the nonlinear dependence of the methylation level on age. We identify CpG probes whose methylation changes exponentially with age or according to a power law, and perform Gene Ontology enrichment analysis of the latter. Our results are relevant to understanding how DNA methylation changes with age and the found nonlinear CpG sites can be used to construct new epigenetic clocks.

3D bioengineering constructs are currently a promising area of research in the regeneration of various tissues. In our work, several modifications of scaffolds based on hyaluronic acid glycidyl methacrylate are presented. Scaffolds have been tested for biocompatibility with nerve cells in an in vivo model of traumatic brain injury. Throughout the experiment, the neurological status of the animals was monitored, and at the end, a histological examination of the brain was carried out. It has been shown that scaffolds are non-toxic to nerve cells and reduce the development of neurological deficit in animals in the post-traumatic period. The possibility of using the scaffold with a lower biodegradation rate as a carrier of a therapeutic drug has also been demonstrated.

Decellularized matrices of animal organs can serve as a promising platform for creating highly relevant threedimensional in vitro models of tumor growth. In this work, the applicability of two decellularization protocols for obtaining the extracellular matrices of various murine organs was examined. The resulting decellularized matrices were characterized by visual integrity and preservation of the tissue architectonics. A high degree of the cellular component elimination was demonstrated while maintaining the basic structures of the extracellular matrix. From the point of view of convenience and ease of use, as well as the quality of the obtained matrices, the method based on the use of detergent sodium dodecyl sulfate and trypsin-aprotinin complex has demonstrated the greatest suitability. In the future, the developed protocol will be used to study tumor-matrix interaction and tissue-specific characteristics of growth and morphology of tumor cells.

An experimental trauma was performed for the studying of morphological changes characteristics of the brain under the action of neuroprotectors soon after the brain injury. The closed craniocerebral injury was modeled by the free fall of a load on the parietooccipital area of the brain. We made repeat studies of the influence of succinate medicaments (cytoflavin and mexicor) on histological examination and morphometric analysis of the microcirculatory bed of the cerebral cortex. The experiments were made on the 1st, 3rd, 7th, and 12th day after the traumatic brain injury. An experimental morphological study has established that the use of neuroprotetors after the trauma recovers of brain tissue and positively affects the angio- and cytoarchitectonics of the cerebral cortex in the posttraumatic period. 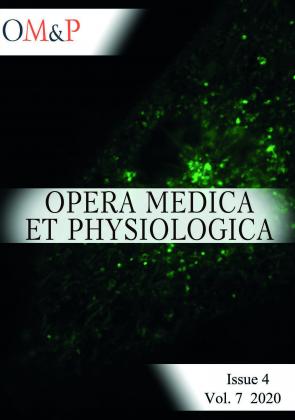