Heart and Mind Interaction for ADHD

ADHD is considered one of the most common neurobehavioral disorders of childhood and among the most prevalent chronic health conditions affecting school-age children. This makes research of psychophysiological correlates of ADHD very important. The aim of our pilot study was to find out the specific aspects of autonomic regulation of a sensorimotor activity in children with ADHD. To assess objectively the functional state dynamics of the children, the technology of event-related telemetry of the heart rate was used (cogni-nn.ru, Lobachevsky State University). This technology integrates the ApWay.ru Web platform for the controlled activation of primary cognitive functions. The conducted study allowed us to reveal some specific aspects of sensorimotor activity and autonomic regulation for children with ADHD. A digital map of psychophysiological status based on the integration of indicators of sensorimotor activity and event-related parameters of autonomic regulation can be an effective tool to increase the specificity, sensitivity and reliability of the diagnosis of ADHD in children.

Genetic Variants of H.pylori in Different Forms of Chronic Gastritis

The development of clinical forms of infection and endoscopic changes in the gastric mucosa depends on the H.pylori genetic diversity in a given region. The aim of this work was to study the relationship of the genetic profile of H.pylori pathogenicity factors with clinical and endoscopic features of Helicobacter-associated gastritis in Nizhny Novgorod. A number of H.pylori pathogenicity genes of DNA isolates obtained by endoscopy from 151 patients with chronic H.pylori-associated gastritis (non-destructive, erosive, and atrophic) were studied by PCR. Results. In destructive processes in the gastric mucosa, the detection frequency of cagA, vacA s1 m1 genes and a combination of several pathogenicity factors, including iceA A1 and babA was higher than in other forms of gastritis. Atrophic gastritis is characterized by the genetic profile cagA and vacA s2 m2. Infection with several H.pylori strains is determined more often in erosive gastritis and atrophy of the gastric mucosa. Conclusions. In chronic gastritis in Nizhny Novgorod, a predominantly "European" character of the pathogen population structure was revealed - with a moderate content of the most pathogenic cagA, vacA s1-positive strains. Colonization of the gastric mucosa by H.pylori with a genetic structure containing pathogenicity factors cagA, vacA, babA, ice A2, in chronic H.pylori-associated diseases, it is a factor in increasing the severity, activity and prevalence of the inflammatory process, the appearance of signs of atrophy of the gastric mucosa. The greatest influence on these indicators is exerted by the presence of cagA and vacA s1 in the microorganism genome, as well as a combination of several pathogenicity factors.

Features of Karyotype Changes in Centenarians

The research of stress reaction under the influence of bee venom and immobilization on rat is made in this paper. It is demonstrated that the stress reaction is developed under the influence of both factors. However, it’s shown that the second phase of stress reaction connected with hypothalamo-pituitary-adrenal axis activation and glucocorticoid concentration increase predominates in case of bee venom injection. The revealed prolongation of the second, compensatory phase may define the organism resistance increase after the bee venom injection and bee venom therapeutic action. 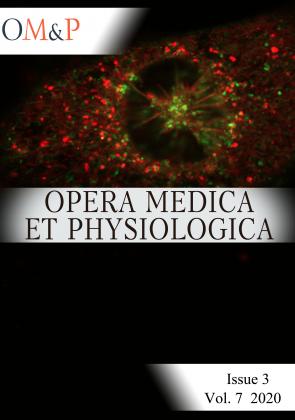