In this paper we studied the RBC electrophoretic mobility, cytomorphological and cytogenetic parameters of buccal epithelial cells and morphology of adrenal glands under the influence of adrenalin which was injected to simulate a stress in rat body. It’s established that an initial increase of the activity of brain substance neuroendocrinocytes (during the first hour) with further increase of the activity of the adrenal cortex (from 1 day) are combined with the change of RBC electrophoretic mobility index: at first it decreases and then it increases. Besides the cells with signs of cytotoxic changes appear. The absence of cells with karyopyknosis in stressed animal bodies indicates that the mechanisms of natural resistance of buccal epithelial cells preserve. It’s associated with the development of adaptive processes.

Contribution of Novosibirsk Research Schools to the Development of Renal Physiology

The article presents a brief history of the formation of scientific ideas about kidney physiology and the mechanisms of water-salt metabolism regulation in Novosibirsk, as well as the role of some physiologists in the development of these views. The beginning of the development of renal physiology in Novosibirsk was the idea by A.G. Ginetsinsky about the reflex osmoregulatory system of the organism, that was developed by his students (L.K. Velikanova, Ya.D. Finkinstein, L.N. Ivanova, Yu.V. Natochin, L.I. Kurduban). Later on, the veiws about the ion-regulating mechanisms and age-specific features of their formation in the ontogenesis of humans and animals have been formed (A.Ya. Terner, R.I. Aizman, I.V. Pantyukhin). The role of interconnections in this direction between the researchers from Novosibirsk and scientists from the USA (L. Rabinowitz), Sweden (A. Aperia, G. Celsi), Israel (H. Garty, S. Karlish) and others were shown. Knowledge of the history of the development of renal physiology in different countries and the results of cooperation between researchers play an important role in understanding the development prospects of this scientific area.

Correlation microscopy is an invaluable tool for studying the functional and structural features of individual cells. Here we present an approach for the cultivation of primary hippocampal cultures grown on a special substrate that allows drawing a convenient coordinate grid. The metabolic activity and immunocytochemical labeling of neurons were estimated, as well as the patch-clamp method and ultrastructural analysis. 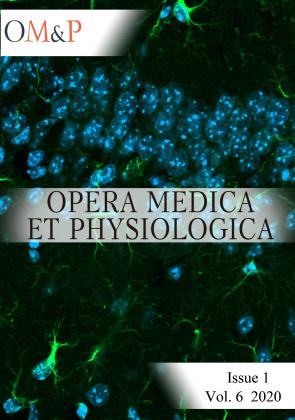