Epigenetic Programming of Neural Circuits in the Brain

The assembly of neural circuits during development endows the brain with the ability to perceive the environment, control motor output, and perform higher cognitive functions. Failure to assemble proper neural circuits may result in neurodevelopmental disorders including intellectual disability and autism spectrum disorders. Epigenetic mechanisms, and in particular chromatin remodeling, are potent regulators of neuronal connectivity. Here, we review recent studies highlighting the essential role of the ATPdependent nucleosomal remodeling and deacetylase (NuRD) complex in epigenetic programming of neurons to drive neural circuit assembly and organism behavior.

The Crossroads of Neural Stem Cell Development and Tumorigenesis

Isolated brain tumors contain cells that exhibit stem cell features and a tissue microenvironment bearing remarkable similarities to the normal neurogenic niche. This supports the idea that neural stem (NSCs) or progenitor cells, and their progeny are the likely tumor cell(s) of origin. This prompted the investigation of the relationship between NSCs/progenitors and the initiation of tumorigenesis. These studies led to the identification of common signaling machineries underlying NSC development and tumor formation, particularly those with known roles in proliferation and cell fate determination. This review will explore the molecular mechanisms that regulate NSC behavior in the neurogenic niche of the forebrain, and how deregulation of the developmental potential of NSCs might contribute to tumorigenesis.

Neurons adapt to stimuli through activity dependent changes to their transcriptome, a process mediated by immediate-early gene networks.  Recent findings that transcriptional activation of neuronal immediate-early genes requires the formation of controlled DNA double-strand breaks (DSBs) has come as a surprise and has profound implications for neuronal function, especially in the aging brain.  Here we review recent literature surrounding the phenomena of activity-dependent DNA DSBs in neurons and how this process may be exploited by transposable elements (TEs) in both naïve and aging neurons.  We hypothesize the existence of Activity DEPendent Transposition (ADEPT), where neuronal excitation is able to induce genomic rearrangements through either de novo integration of TEs or by homology-directed recombination of TE-derived repetitive sequences.  Epigenetic drift may cause the magnitude of ADEPT to increase with age, leading to genome instability, which we suggest presages most, if not all, neurodegenerative diseases.

The presynaptic modifications that accompany long-term changes in synaptic plasticity are still not fully understood. Synaptophysin is a major synaptic vesicle protein involved in neurotransmitter release. We have used quantitative electron microscopy to study synaptophysin (Syn) immunolabelling in the hippocampus of adult rats 24h after induction in vivo of long term potentiation (LTP), and long term depression (LTD). Electrodes were implanted chronically in hippocampus with stimulation at either the medial (MPP) or lateral perforant path (LPP). 24h following induction of LTP or LTD rats were rapidly perfusion fixed and hippocampal tissue processed to electron microscopy via freeze substitution method. Anti-synaptophysin post-embedding immunolabelling was performed and tissue was imaged in the middle molecular layer (MML) of the dentate gyrus. There was a significant decrease in number of Syn labelled vesicles per unit area of bouton after LTP, but not LTD. An analysis of the spatial distribution of Syn labelled synaptic vesicles showed an increase in nearest neighbour distances, more so in the LTP than the LTD group, which is consistent with the overall decrease of Syn after LTP. These data are in agreement with the suggestion that Syn is involved in clathrin-dependent and “kiss and run” endocytosis which occurs perisynaptically. Thus, an increase in release of neurotransmitter and in consequence endocytosis would be consistent with an increased active zone distance for vesicles containing Syn.

Neural prostheses (NPs) link the brain to external devices, with an eventual goal of recovery of motor and sensory functions to patients with neurological conditions. Over the past half-century, NPs have advanced significantly from the early ideas that sounded like science fiction to the modern high-tech implementations. In particular, invasive recordings using multichannel implants have enabled real-time control of artificial limbs by nonhuman primates and human subjects. Furthermore, NPs can provide artificial sensory feedback, allowing users to perceive the movements of prosthetic limbs and their haptic interaction with external objects. Recently, NP approach was used to build brain-nets that enable information exchange between individual brains and execution of cooperative tasks. This review focuses on invasive NPs for sensorimotor functions.

We revisit the Wendling-Chauvel neural mass model by reducing it to eight ODEs and adding a dierential equation that accounts for a dynamic evolution of the slow inhibitory synaptic gain. This allows to generate dynamic transitions in the resulting nine-dimensional model. The output of the extended model can be related to EEG patterns observed during epileptic seizure, in particular isolated pre-ictal spikes and low-voltage fast oscillations at seizure onset. We analyse the extended model using basic tools from slow-fast dynamical systems theory and relate the main transitions towards seizure states to torus canards, a type of solutions that has been shown to explain the spiking to bursting transition in many neural models. We nd that the original ten-dimensional Wendling-Chauvel model can be reduced to eight dimensions, two variables being scaled versions of two other variables of the model. We then obtain a model with four PSP blocks, which is consistent with the block-diagrams typically presented to describe this model. Instead of varying the slow inhibitory synaptic gain parameter B quasi-statically, or just performing numerical bifurcation analysis in B as the structure of the fast subsystem of an hypothetical extended system, we construct a true slow dynamics for B, depending sensitively on the main PSP output of the model, Y0. Near fold bifurcation of limit cycles of the original model, the solution to the extended model performs fast low-amplitude oscillations close to both attracting and repelling branches of limit cycles, which is the signature of a torus canard phenomenon. 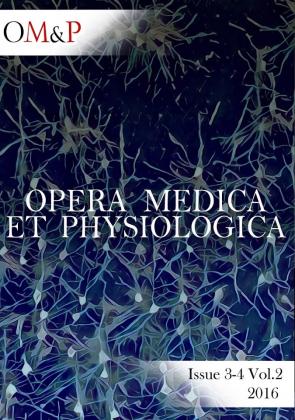