The study aimed to evaluate the effectiveness of previously developed methods of adaptive neurostimulation in correcting stress-induced states in specialists who demonstrate signs of post-traumatic stress disorder (PTSD) and professional burnout syndrome (PBS). Materials and methods. Each of the 17 stressed subjects participated in three examinations, alternated in random order. In the control experiment (control), simple listening to classical music was used. In two other examinations, musical or light-musical stimulation was used, automatically modulated by feedback signals from the rhythmic components of the subject's electroencephalogram (EEG). In the first case (musical feedback), the subjects were presented with music-like stimuli formed on the basis of the subject's alpha EEG oscillator. In the second case (double feedback), such musical stimulation was supplemented by rhythmic light stimuli generated by online transformations of the native EEG of the subject. Results. Comparison of the effects of both experimental conditions with the control one allowed us to establish that only in the presence of feedback from the EEG, there is a significant increase in the power of alpha EEG rhythm, accompanied by positive emotional reactions, a decrease in the level of disadaptation and stress, as well as a significant increase in the assessments of health and mood of the subjects. The most pronounced psychophysiological effects were recorded under light-music stimulation with double feedback from the EEG. Conclusion. The obtained results make it possible to suggest the described methods of adaptive neurostimulation as a means of psychotherapeutic correction of PTSD and PBS, especially during the COVID-19 pandemic.

Using the methods of fluorescence microscopy, Tirf microscopy, inhibitory analysis, immunocytochemistry and PCR, it has been shown that in response to an increase in [Ca2+]o or a CaSR agonist – protamine in the minor population of white adipocytes, Ca2+ signals are rapidly generated – a short-term Ca2+ increase and Ca2+-oscillations, while in most cells the generation of Ca2+ responses occurs after a lag period of varying duration. White adipocyte signals for CaSR activation were completely suppressed in the presence of the selective CaSR antagonist, NPS2143, in both cell populations. When CaSR is activated, a calcium-dependent process of secretion of ATP-containing vesicles occurs, which was also suppressed by NPS2143 and a calcium-dependent secretion blocker tetanus toxin. After a 24- hour exposure to the CaSR activator protamine on white adipocytes, an increase in the level of expression of genes – Lipe, Atgl, Sirt1 and Sirt3, encoding hormone-sensitive lipase, triglyceride lipase, sirtuins 1 and 3, respectively. At the same time, an increase in the expression of these genes was not observed with the selective CaSR antagonist, NPS2143. Thus, one of the new mechanisms of activation of genes regulating white adipose tissue lipolysis can be assumed through an increase in [Ca2+]i in the minor population of CaSR-expressing adipocytes, followed by calcium-dependent ATP secretion and paracrine activation of the entire cell network, which will help play an important role in the regulation of the balance of lipogenesis/lipolysis processes.

The three-dimensional structure of tumor tissue and particularly cell-cell and cell-extracellular matrix adhesion is an important factor that can determine the phenotype of tumor cells. In this work, we have investigated the abundance profile of actin-binding adhesion proteins in human ovarian adenocarcinoma cell lines SKOV-3 and SKOV-3.ip. We have investigated levels of total and superficially localized adherens junctions proteins E- and N-cadherin, gap junction protein сonnexin-43 and cell-extracellular matrix contacting integrin beta-1. Our results indicate a complete absence of epithelial marker E-cadherin, a low level of mesenchymal N-cadherin and high levels of connexin-43 and integrin beta-1. Modest superficial localization of the represented proteins was observed, indicating their mislocalization. SKOV-3 cell line was characterized by higher levels of the total content of studied cell-cell contacts proteins and a lower level of superficially localized integrin beta-1, which is both considered to be associated with lower tumor aggressiveness. The revealed differences in the profile of adhesion proteins are in line with the accepted view on SKOV-3.ip cell line having a more aggressive phenotype than that of SKOV-3. The revealed features of the total abundance of the adhesion proteins and their superficially localized pool made it possible to supplement the information on the nature of phenotypic differences between the studied cell lines.

Gender Characteristics of Urinary Excretion of Oxalates, Calcium and Phosphates in Children and Teenagers

Type 2 diabetes mellitus (T2D) is one of the most common endocrine diseases in the world. It is characterized by dysfunction of pancreatic β-cells, insulin resistance, and hyperglycemia. Despite numerous studies on the pathogenesis and risk factors of diabetes, there is still no consensus on how best to diagnose, classify, and treat the disease. Accumulating evidence suggests that antidiabetic drugs can course unwanted side effects. S-15176 difumarate salt, a novel derivative of trimetazidine, inhibits the rate-limiting enzyme of fatty acid β-oxidation carnitine palmitoyltransferase I and has anti-ischemic properties, which makes it useful as an antidiabetic agent. Here, the effect of chronic treatment with S-15176 difumarate salt on the leukocyte formula and cytochemical indices of the peripheral blood neutrophils (myeloperoxidase activity, free phospholipids, and lysosomal cationic proteins) of C57Bl/6 mice in control and experimental T2D was studied. It was found that in the control group, S-15176 difumarate salt decreased the number of neutrophils containing lysosomal cationic proteins and the cytochemical coefficient of the cells. The treatment of diabetic mice with S-15176 had no significant effect on the activity of myeloperoxidase and free phospholipids in neutrophils. The results obtained suggest that the use of S-15176 difumarate salt as an antidiabetic drug does not induce changes in peripheral blood markers associated with immune-related adverse effects.

Photodynamic Treatment Can Induce Enhanced Generation of Hydrogen Peroxide in Cells Outside the Irradiated Area: Proof of the Phenomenon on Cell Culture in vitro

Photodynamic therapy is a minimally invasive cancer treatment modality based on the production of the reactive oxygen species by photoactive dye under light irradiation in the presence of molecular oxygen. During the development of the photodynamic reaction, various types of reactive oxygen species are formed, among which hydrogen peroxide is of the greatest interest since it can act as an extracellular and intracellular signaling molecule. Using a genetically encoded sensor of hydrogen peroxide, we have registered the development of oxidative stress in non-irradiated cells in response to local photodynamic exposure of a single cell using Photosens as a photosensitizer. The effect manifested when the cells were closely contacted to each other; if the irradiated cell was at some distance from the bulk of the population, the response of non-target cells was not observed. The oxidative stress in the irradiated cell is assumed to be the initiator of the signal transmission and triggering the response of non-target cells. That this response is more likely mediated by gap junction intercellular signaling. Нowever, the mechanisms involved in the propagation of damaging effects to cells outside the area of photodynamic exposure have to be further investigated.

This work is devoted to the study of the individual characteristics of cerebral circulation, galvanic skin response and heart rate during mental, sensorimotor and sensory activity. In two groups, differing in the level of behavior control (precise and imprecise), a comparative analysis of behavioral and physiological indicators was carried out. Imprecise subjects before the test (readiness state) GO/NOGO showed higher indices of the tone of the arterioles and venules of the cerebral vessels in the basin of the carotid arteries. During the GO/NOGO trial, a more reactive increase in vascular tone was observed in the precise group, more pronounced in the right hemisphere. In the imprecise group, a higher level of mental stress was registered in terms of GSR and heart rate during mental counting. GSR was also more pronounced in this group when viewing images. The optimal and non-optimal types of information load portability are discussed. 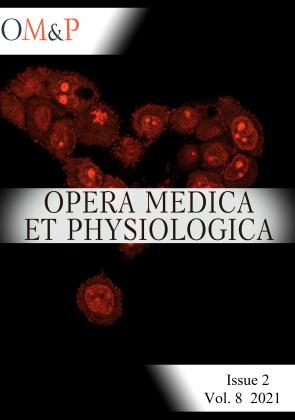