Parkinson's disease is a progressive age-associated neurological disorder. One of the major neuropathological hallmarks of Parkinson’s disease is the appearance of protein aggregates, mainly consisting of the protein alpha-Synuclein. These aggregates have been described both in genetic as well as idiopathic forms of the disease. Currently, Parkinson’s disease patient-specific induced pluripotent stem cells (iPSCs) are mainly used for in vitro disease modeling or for experimental cell replacement approaches. Here, we demonstrate that these cells can be used for in vivo disease modeling. We show that Parkinson’s disease patient-specific, iPSC-derived neurons carrying the LRRK2-G2019S mutation show an upregulation of alpha-Synuclein after transplantation in the mouse brain. However, further investigations indicate that the increased human alpha-Synuclein levels fail to induce spreading or aggregation in the mouse brain. We therefore conclude that grafting of these cells into the mouse brain is suitable for cell autonomous in vivo disease modeling but has strong limitations beyond that. Furthermore, our results support the hypothesis that there might be a species barrier between human to mouse concerning alpha-Synuclein spreading.

Unfolding the Folds: How the Biomechanics of the Extracellular Matrix Contributes to Cortical Gyrification

The convoluted human cerebral cortex is one of the key features that allows for an increased neuronal density packing essential for the complex cognitive and socioemotional behaviours man possesses. Nevertheless, the underlying mechanisms involved in cortical folding remained a both intriguing and functionally important enigma. A crucial component known to be involved in the formation and maintenance of all tissues is the extracellular matrix (ECM), providing scaffolds which tie tissues and organs in place. The composition of the ECM in both developing and mature structures is constantly remodelled, degraded and secreted by numerous types of cells, and its role as a source of growth factors and signalling in morphogenesis, migration, and proliferation is increasingly appreciated. Evidence for the differential expression of ECM during gyrification pinpoints its potentially fundamental role in shaping the folds of the cerebral cortex through both mechanical and molecular configurations. This review aims at addressing key ideas, potential directions and discoveries that highlight biomechanics of the ECM during the construction of the cortex cerebral gyrification.

Mechanisms and Neuronal Control of Vocalization in Vertebrates

Vocalization is a highly conserved innate behavior in vertebrates. It is mainly used in social encounters to communicate a variety of information for inter- and intra- specific interactions. In this review, we focus on the anatomical, biomechanics and neuronal circuits underlying vocalization across vertebrate species. In addition, we discuss our recent findings that assign to the nucleus of the solitary tract a critical role in innate vocalization. This brain center receives viscerosensory information, i.e. information from internal organs that includes the lungs and the larynx. Furthermore, subpopulations of neurons in the nucleus of the solitary tract directly connect to and entrain the activity of expiratory and laryngeal motor neurons. In mammals and amphibians, these motor neurons control essential biomechanical parameters used for vocalization, and similar motor neuron pools regulate vocal utterances in birds. Thus vocalization relies on a conserved neuronal circuit residing in the brainstem and spinal cord. 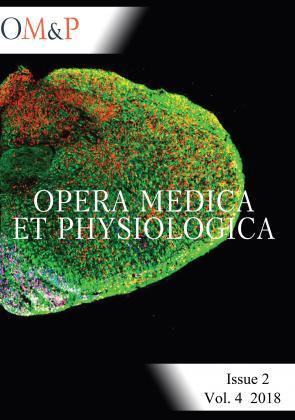