The possibility of using laser interference microscopy to explore the morphological and functional state of erythrocytes was studied. The possibilities of this method based on the rapid determination of the structure and physiological state of erythrocytes were shown. The analysis of erythrocytes by laser interference microscopy showed that erythrocytes have a typical biconcave discocyte shape. On erythrocytes’ surface, there is a slight heterogeneity due to the presence of membrane-bound proteins. The impact on erythrocytes of stress hormones caused changes in erythrocyte surface that were different from physiologically normal. Numerous loosening of the structure appeared on cell surface during erythrocyte incubation with cortisol. Incubation of cells with adrenaline caused a greater effect of erythrocyte membranes deformation which was expressed by the appearance of convex seals and spicules on the surface. The molecular mechanisms of membrane modifications arising under the action of adrenaline and cortisol were discussed. The results of the work may be interesting both for basic research of erythrocyte properties and for practical medicine.

The features of ischemic brain injury outcome in C57BL/6 mice depending on the right or left common carotid artery occlusion are characterized. The right-hemispheric focal ischemia decreases the body weight, causes spatial memory impairment, and activates the development of a pronounced long-term neurological deficit characterized by ipsilateral limb paralysis, ptosis and muscle dystrophy, which is accompanied by perivascular brain tissue edema. In the left-hemispheric focal ischemia, the neurological status impairments are also observed, but they less pronounced than in case of right-hemispheric ischemia. Moreover, preference to study novelty is reduced, and long-term emotional strain is revealed. The peculiarity of ischemic injury using the left common carotid artery occlusion is accompanied by the presence of hemorrhages and dilated capillaries in the damaged brain hemisphere.

The present study is dedicated to the investigation of slow-waves in heart rate activity of healthy persons. Approaches to the description of the cardiovascular functional states using the dynamic characteristics of the amplitudephase coupling mechanisms of the electrocardiographic signal are described. Amplitude-phase coupling based pattern extracting was carried out. Suggested informative features and patterns of regulatory systems will allow the analysis of the diagnostic procedure results with reference to the central mechanisms of regulation and control. 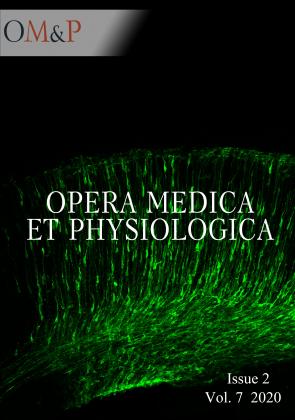